Lighthouses of the Outer Banks

With a fascinating history and photo-worthy views, the Lighthouses of the Outer Banks are worth the trip.

Here they are, in order from North to South. 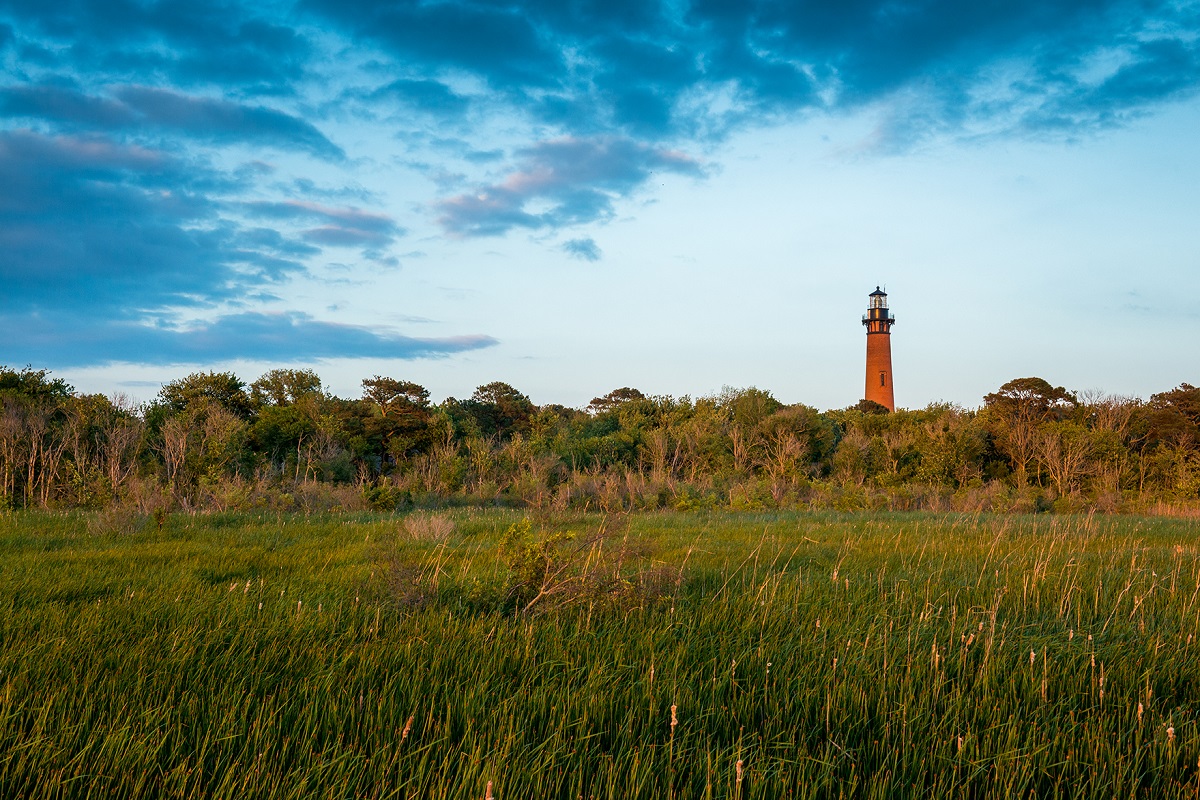 Located in beautiful Corolla, this lighthouse first glowed in December of 1875, serving as a beacon to ships passing the Outer Banks. It stands apart because of its natural brick color and visitors will enjoy the scenic grounds, museum-quality exhibits and gift shop (with restrooms).

The Lighthouse had a keeper (and family) on site until 1937, after it was electrified and modernized.

Visit the grounds, museum shop and park for free. Tickets are $10 to climb (kids 7 and under are free and there is no minimum height). Children 12 and under must climb with an adult. Tickets can be purchased on site.

Open 9-5 from March to December 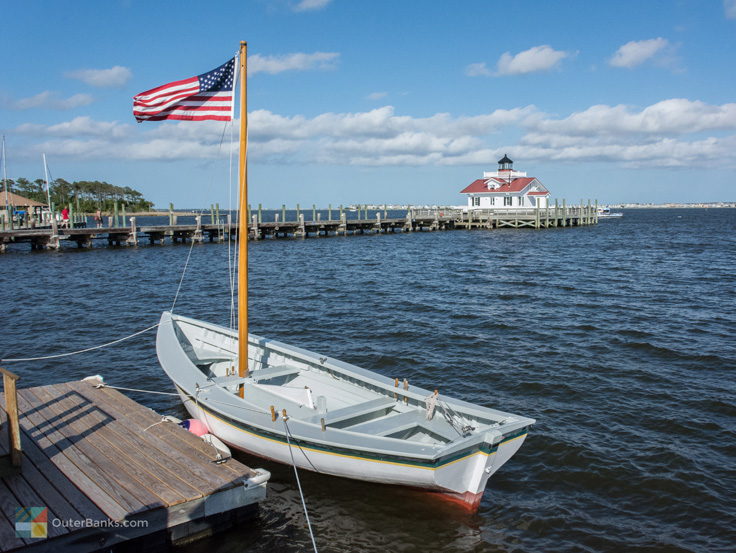 At first glance you might not even realize this is a lighthouse! Located in historic downtown Manteo, the current red-roofed structure is actually a replica and was only completed on September 25, 2004. There were many predecessors to this modern lighthouse but they were all destroyed by culprits like erosion, neglect, and even the Civil War.

A lovely, photogenic spot to visit any time of the year!

While there is nothing to climb, the interior of this lighthouse offers exhibits and seasonal activities. Definitely visit the boardwalk and decks around the perimeter. Visits to this museum are free! 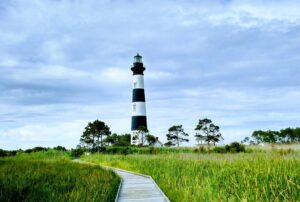 The Bodie Island Lighthouse was first attempted in 1857 but due to structural problems and later, destruction during the Civil War, the current beacon was not functional until 1872.

Known for its bold, horizontal stripes, the Bodie Island Lighthouse is a great stop for nature lovers because of its proximity to the Pea Island Wildlife Refuge and surrounding maritime forest, marshlands and salt water ponds.

Climb tickets are required and are sold starting at 9:00 with the last climb at 4:30. Please check this website for current ticket prices and climbing rules.Tickets are first come first served and no pre-sale tickets are sold.

Open from the third Friday in April through Columbus Day and tours start at 9:10am. 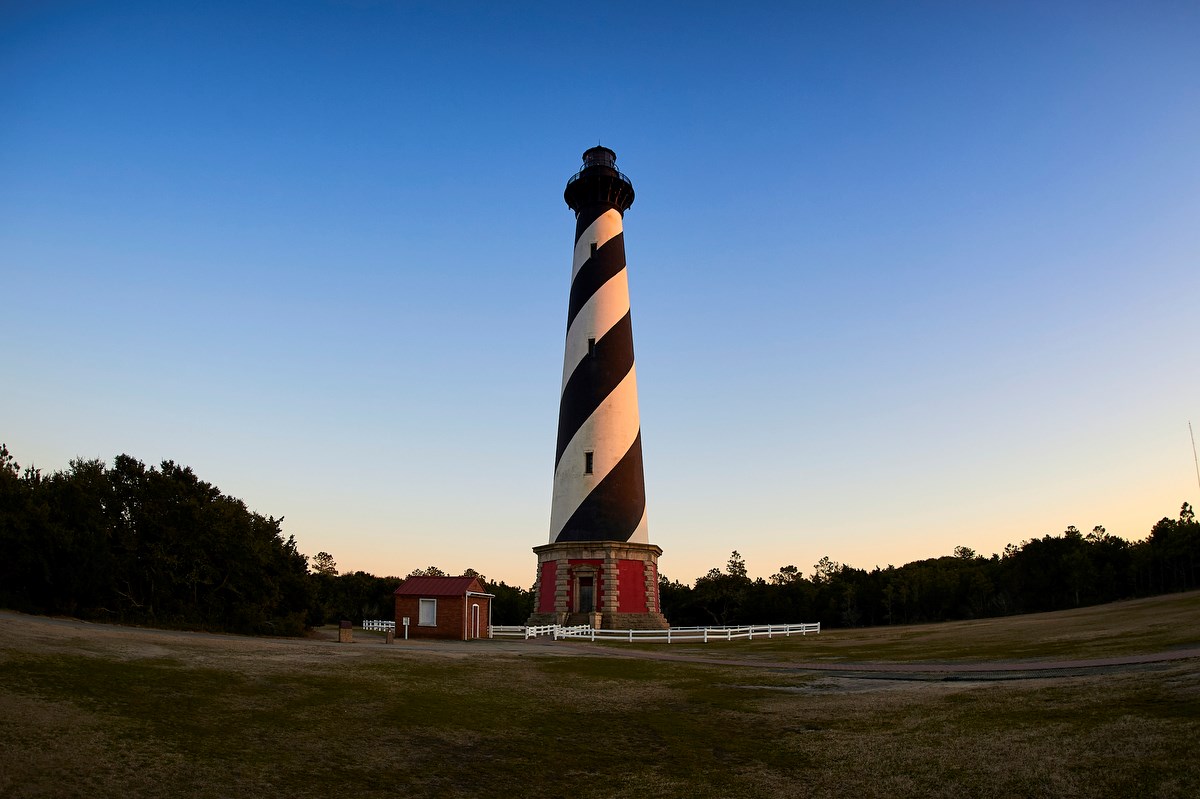 The Cape Hattaras Light Station offers stunning views and is the tallest brick lighthouse in North America. First lit in December of 1870, Hattaras received its famous spiral stripes in 1873.

Protecting one of the most dangerous areas of the coast (known as The Graveyard of the Atlantic) the light station warned ships of the 12-mile sandbar known as Diamond Shoals. There have been several re-builds of the light station due to structural issues and beach erosion.

Climb tickets are required and are sold starting at 9:00 with the last climb at 4:30. Please check this website for current ticket prices and climbing rules. Tickets are first come first served and no pre-sale tickets are sold. The grounds offer a gift shop, museum and picnic area.

Open from the third Friday in April through Columbus Day and tours start at 9:10am. 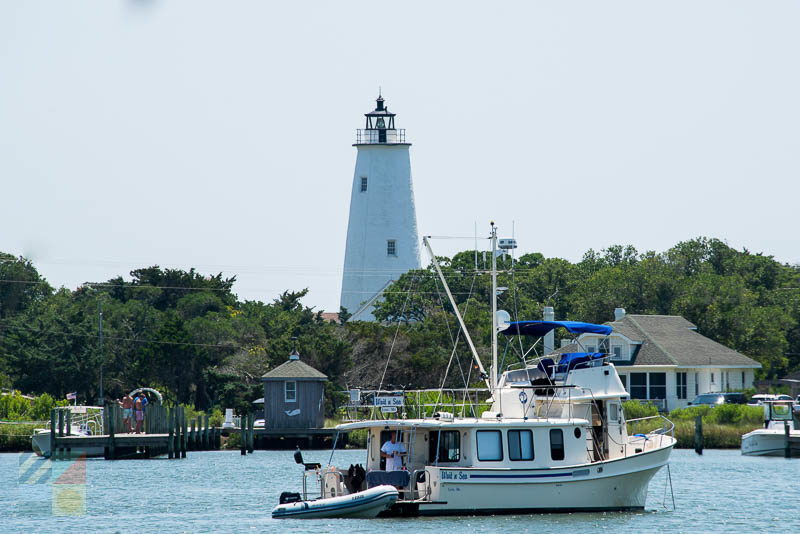 Ocracoke Island has been an important shipping port since the late 1500’s when European Explorers discovered Coastal North Carolina.

Ocracoke is North Carolina’s oldest and smallest lighthouse! Uniquely whitewashed, the lighthouse is now fully automated although it has a rich history, often serving as a safe haven for island residents during hurricanes.

Ocracoke Island was a favorite haunt of Blackbeard the Pirate! Read more here.

Because of its age and its tricky-to-navigate spiral staircase, the Ocracoke Island Lighthouse is not open to climbers. Visitors are still encouraged to explore the keepers’ quarters and take photos of this piece of history. To get there you must take

the ferry to Ocracoke Island from Hattaras Island.

Read on for two additional historic properties you might find interesting: 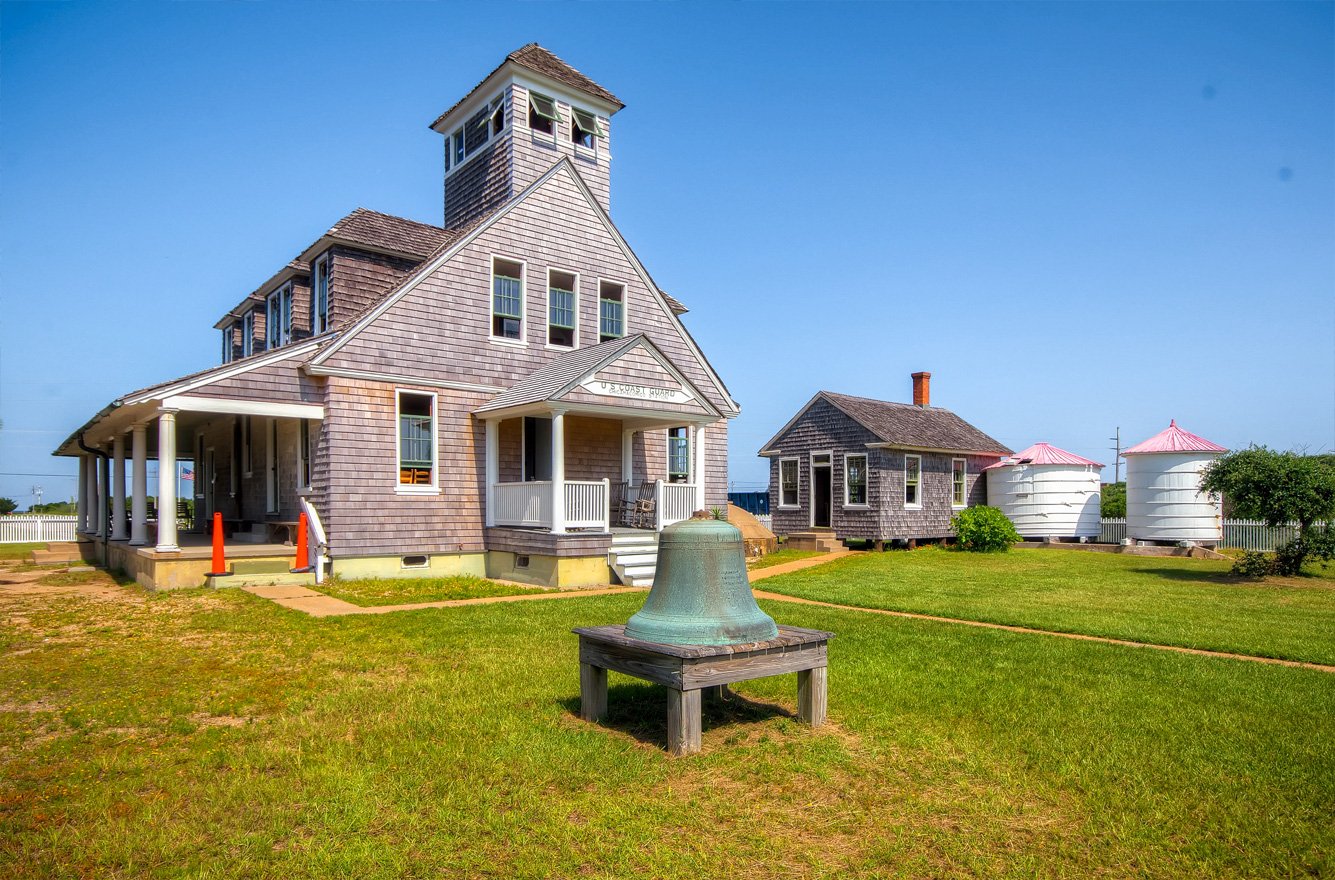 Located in the village of Rodanthe, this museum offers a deeper look into the history of the U.S. Lifesaving Service and the stories of those they saved in these treacherous waters.

Dedicated to the history of America’s only all African-American U.S. Coast Guard station from 1880-1947.

We hope you add a lighthouse tour to your Outer Banks vacation! It’s always a good idea to call or check the website of any site you plan to visit, as they are sometimes under construction or may have changed rules or prices.